The Carlos Gardel House Museum has different exhibitions on display in the singer’s former residence in Buenos Aires, which show the worldwide significance his artistry achieved.

Born in France and raised in the Abasto neighbourhood of Buenos Aires, Carlos Gardel grew up among farmworkers and taverns. This unique atmosphere would later shape tango and milonga. Over the years, the incredible voice of the “zorzal criollo" (Criollo Songbird) made him a world-famous ambassador of tango.

In 1927 Gardel bought a house in the Abasto neighbourhood, where he moved with his mother. Years later, the singer decided to travel to France and, after his mother's death, the house remained in the hands of Gardel's last representative.

After operating as “The House of Tango” during the 1980s, in 2003 the house was converted into the museum we know it as today.

The place that was Gardel’s house in Buenos Aires for several years now displays different objects and documents linked to the world of the famous singer.

At first, the museum provides some context about the era and reality of the Buenos Aires in which Carlos Gardel grew up and lived. It then recreates Gardel’s life and his link with the history of tango. The final section of the museum tackles the challenge of telling us more about Gardel and separating him from legend.

Buenos Aires is tango, and tango is inextricably linked to Gardel. This is why the museum welcomes hundreds of visitors every day.

The museum’s surroundings are also reminiscent of the great artist, from the name of the metro station to the passage that bears his name.

Several nearby restaurants and dance venues also pay tribute to Gardel and keep his presence alive with their filleted façades and murals. 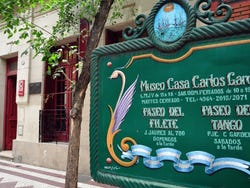 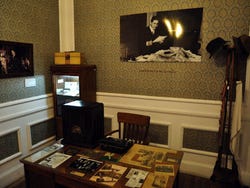 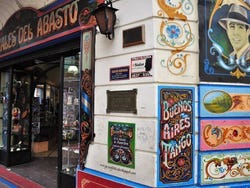 Mondays, Wednesdays, Thursdays and Fridays: 11 am to 6 pm.
Saturdays, Sundays and public holidays: 10 am to 7 pm.

Museum of the City Parks and gardens