Inaugurated in 2002 to commemorate the 50th anniversary of Eva Perón's death, the Evita Museum has a magnificent exhibition that narrates Evita's intense life in an interesting and entertaining way.

A journey through Evita's life

The Evita Museum tells visitors the story of Eva Perón’s life through photographs, videos and contemporary documents. At first, visitors are transported back in time so they can gain an understanding of Argentina during this period and the context in which Evita grew up.

The story of her life after meeting Juan Perón is then told, as well as the beginning of her activities after becoming First Lady. From this moment, one can see how Evita was involved in helping the disadvantaged and creating homes for Argentina’s homeless population. The sadder side of the museum then takes centre stage as the arrival of Evita’s illness and premature death is recounted.

The Evita Museum in Buenos Aires is the perfect place to learn about an important chapter of Argentinean history. The museum displays its exhibitions in a dynamic and entertaining way, thus making it the ideal place for those who either don’t know about Evita, want to know more or those who wish to commemorate her life. 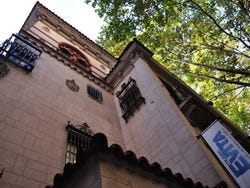 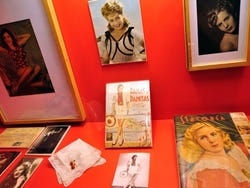